BASECONNECT CHALKS UP ITS 100TH MEMBER 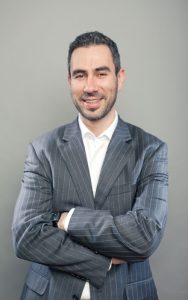 BaseConnect has chalked up its 100th member just six months after launching.

The network, which meets at best practice seminars, networking events and workshops at The Base, the town’s advanced manufacturing and engineering hub in Dallam Lane, has welcomed Glow New Media as its hundredth member – and organisers say the target is now to hit one hundred and fifty active participants.

“The speed of growth and the energy at our events tells you everything about the dynamism of the Warrington economy,” said Sylvie Morton, business development manager of Langtree, who manage The Base on behalf of Warrington & Co.

“The level of inter-trading between members is the most pleasing aspect of what we’ve achieved so far and Glow New Media’s expertise can only add to the mix.”

Explaining his reasons for joining, Phil Blything of Glow said: “Much of our own technical innovation and product development has come from collaboration and networks such as BaseConnect plug us in to so many great brains.  The events are always very well attended and there’s a real buzz about the place.  I’d advise anyone to join and get stuck in.”