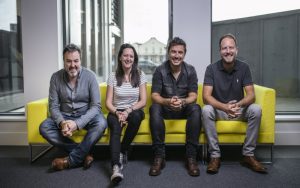 Liverpool and Manchester have both raised their profiles as digital cities in recent years, but what about the space between them? WA Digital is a new organisation looking to “join the North’s two most vibrant digital cities to create a huge Northern Powerhouse Digital conurbation.”

WA Digital is the latest in a number of advocate bodies that has emerged in recent years to help digital business in parts of the North. Manchester Digital is the most well-established, but Digital Union (in the North East), Digital Lancashire, Sheffield Digital, Yorkshire Digital, and Weave (in Cheshire East) all help their respective regions grow.

WA Digital, as the name suggests, focuses on the wide area covered by Warrington postcodes. That spans from Widnes in Merseyside to Altrincham in Greater Manchester, and everywhere in between. The organisation’s founders say, “The WA postcode of Warrington, Widnes, Runcorn, St Helens, Frodsham, Newton-Le-Willows, Lymm, Knutsford and Altrincham (deserves) to be represented and should strive to demonstrate its own statistics to feature as a significant part of the North West.”

WA Digital has been founded by four experienced folk in the local tech scene. Melissa Wood is a freelance front-end developer with 12 years’ industry experience. She also runs WA Meetup, the longest-standing digital meetup in Warrington. Chris Haslam‘s career has seen him move from agency land, to startup entrepreneurship to angel investing in startups like London’s Monzo, Manchester’s M14 Industries and Sheffield’s Lumici.

WA Digital officially launches at The Pyramid in Warrington on 21 September, 2017. Tech North will also be there to talk about our initiatives and how they can help companies in the WA area.  Click here to sign up to attend.